Resilience is required to resist the temptation of sugary food and drinks and to pursue healthier alternatives.

Dental problems such as tooth decay and gum disease are wholly preventable, but when present, can have a wide range of effects, not only causing pain and the need to remove decayed teeth, but affecting the ability to speak, eat, smile and socialise.

Pupils should have the opportunity to learn at school what constitutes, and how to maintain, a healthy lifestyle, including the benefits of healthy eating and dental health and to recognise opportunities and develop the skills to make their own choices about food, and understand what might influence their choices and the benefits of eating a balanced diet. 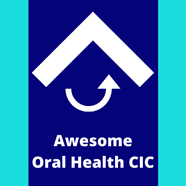